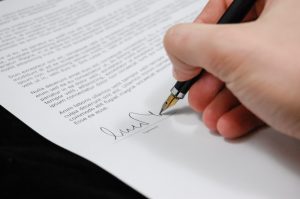 Professor Henry Rutgers reported that Jane Doe submitted a final paper in his Expository Writing course that was largely plagiarized. The paper was worth 35% of the course grade. I reviewed the paper provided by Professor Rutgers and found multiple paragraphs taken word for word, without quotation marks or citations, from the book God and the Oval Office: The Religious Faith of Our 43 Presidents, by James McCollister. In cases where Ms. Doe did provide citations, she attributed material clearly taken from the McCollister book to sources such as Under God: Religion and American Politics and Religion and The American Presidency: George Washington to George W. Bush.

I met with Ms. Doe to discuss the matter. I explained the allegations, the University disciplinary process, and her rights as a respondent. Ms. Doe agreed to share her version of events.

Ms. Doe maintained that she inadvertently turned in her rough draft, rather than the final paper with appropriate citations. She provided me with a copy of this final paper, and showed me library copies of the books she cited on the “Works Cited” page. I asked Ms. Doe to describe her writing process. She told me that she reviewed her sources and identified material that would be useful for her paper, then cut and pasted this material into a single document for ease of use. She would then begin writing her rough draft, using the material from her source document. I asked whether the paper she submitted to Professor Rutgers was the source document, or the rough draft. She said that it was a hybrid of both.

When I asked why she had attributed text from the McCollister book to other sources, Ms. Doe could offer no explanation. She said that she had no idea how this had happened.

After reviewing the available information, I conclude that there is sufficient cause to find Ms. Doe responsible for a violation of the Academic Integrity Policy (under the “preponderance of information” standard of proof). It is not in dispute that she submitted a paper rife with plagiarism. I find that the numerous incorrect attributions and the polished format of the paper (running header, page numbers, title block, formatted “Works Cited” page) cast doubt on the claim that this is merely a rough draft.

I am recommending the following sanctions:

Ms. Doe denies responsibility and does not accept the recommended sanctions, so I am referring the case to a University Hearing.